Discover the best acoustic guitar strings for beginners to experienced, for blues to bluegrass 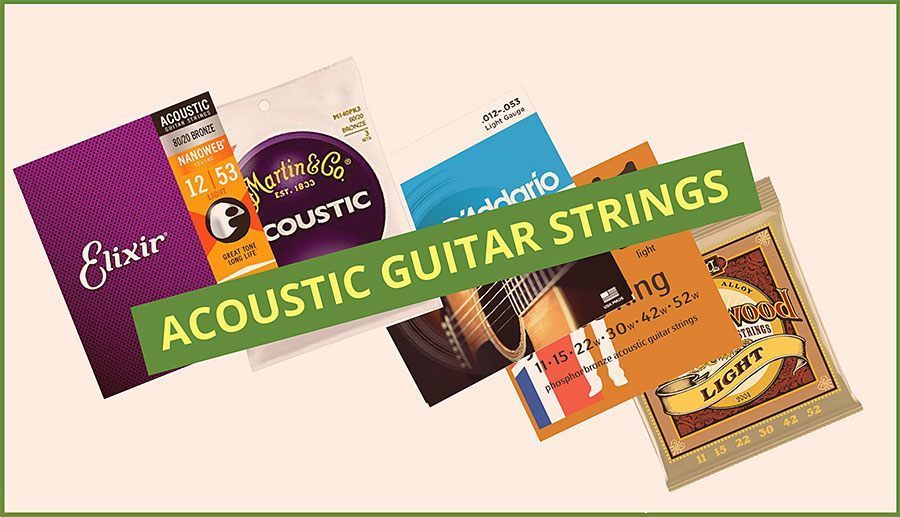 You know how vital the right strings are for your acoustic, don't you? They will make or break your guitars' tone and how effortless and easy it feels for you to play up and down the neck.

Whether you're after light gauge, medium or heavy strings for your guitar, all of our top picks come in every thickness you desire.

So come on and let us show you the very best acoustic strings you can buy today.

Q. What should I think about when buying acoustic strings?

The Top 5 factors you need to consider are:

1. Gauge - Here, we're talking about how thick the strings are. Lighter strings are easier on your fingers and produce a crisp, bright tone than heavier strings which beginners may find a pinch unkind on their fingers.

2. Material - The three most popular string metals are phosphor bronze, silk & steel and 80/20 (80% copper, 20% zinc). How crisp and bright your strings sound is determined by the metal used. Cheaper strings, for example, can rust after a short time.

3. Winding - This is to do with how the wire wraps around the core of the string. There are three main methods; flat-wound, round-wound and half-wound. Round-wound is the most common type used, with half-rounds being the least used.

4. String coating - By coating strings in a micro-thin coating such as nanoweb and polyweb, your strings can not only last several times longer than uncoated strings, but the tone and feel of the strings is greatly enhanced too.

5. String core - The three lower thick strings on your guitar (E, A, D & sometimes the G) have a solid wire core. Round Core gives sustain, warmth and flexibility, whilst Hex Core strings are usually bright with a strong attack but less sustain. 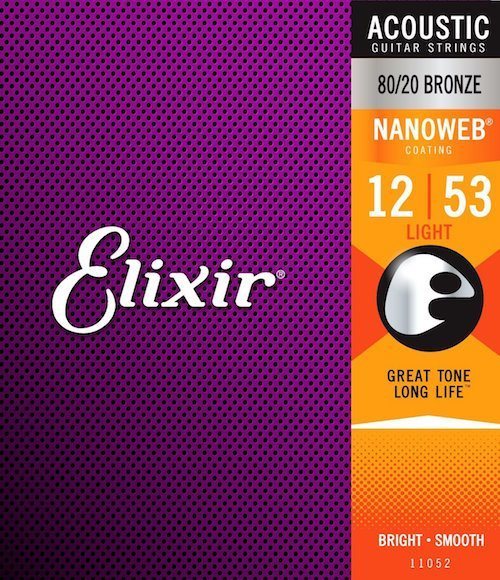 Are you sick of strings hurting your fingers and making your practice time a drag? Time to change your strings to Elixir's then. A fantastic brand of strings suited to many styles of music, including blues, bluegrass, and folk style acoustic guitar playing.

Elixir strings come with a nanoweb or polyweb coating making them feel silky smooth and a dream to play. Furthermore, they really do last at least 3-4 times longer than cheaper uncoated string brands because they're coated. 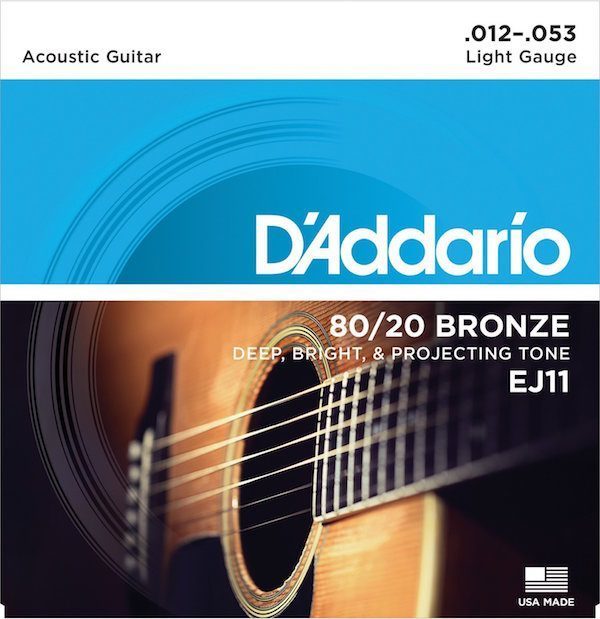 If you're sick of your guitar strings feeling brittle and sounding dull after just a week of use, invest in these coated  D'Addario strings.

Whether you're playing at home, recording or gigging, the tone of the D'Addario EXP11 coated strings are some of the best acoustic guitar strings you could buy and a top choice for any acoustic player who wants their strings to last 3-4 times longer. 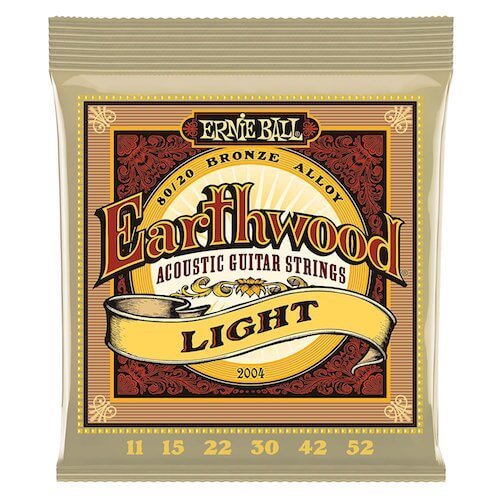 If you're after cheap as chips traditional non-coated strings, first we'd ask you why on earth is that?

Joking aside, these Ernie Ball acoustic strings are well-loved industry-standard strings you can trust if you're on a tight budget.

The 80% copper 20% zinc Earthwoods help the sound resonate from your acoustic, producing a clean and fresh tone, and despite them being non-coated, they don't feel too bad to play. 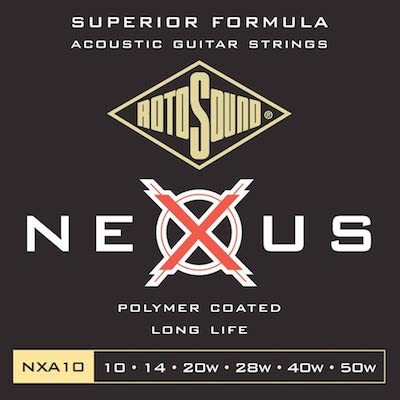 Our third pair of coated acoustic guitar strings, the Rotosound Nexus clear coated phosphor bronze gives a bright, punchy tone. Thanks to the coating, they're kinder on your fingers; a real bonus if you're a beginner.

Because changing strings is a real bore, do yourself a favour and pay that little bit extra for strings that give you longer life and better sound to boot.

Most users report that the strings stay vibrant and full of life even when they have been on the guitar for months, and the lighter gauge options are more forgiving on your fingers. Happy days.

After the best nylon classical guitar strings? D'Addario Pro-Arte: Get on Amazon 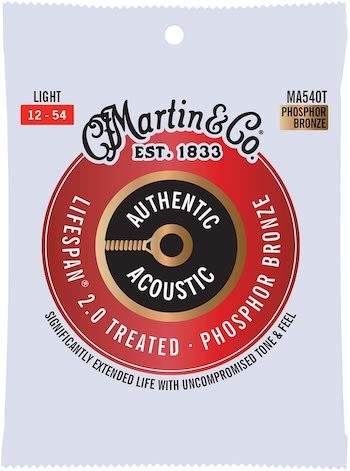 Thanks to the patented anti-corrosion treatment that protects them, the Martin Lifespan 2.0 Authentic Acoustic guitar strings will make your guitar playing sparkle.

Whether you're fingerpicking a classic like Dust in The Wind or strumming big chordy rhythm parts like Neil Young, the sound from these strings is balanced from the bass strings to the treble.

Because the Martin Lifespan strings come in lighter gauges, they suit smaller-bodied guitars such as travel and parlour guitars. These coated strings are great value for money and have a feel that won't tire your fingers out after a long practice session.