Chord construction: how to build chords from the minor scale. Quick Read for beginner and experienced guitar players 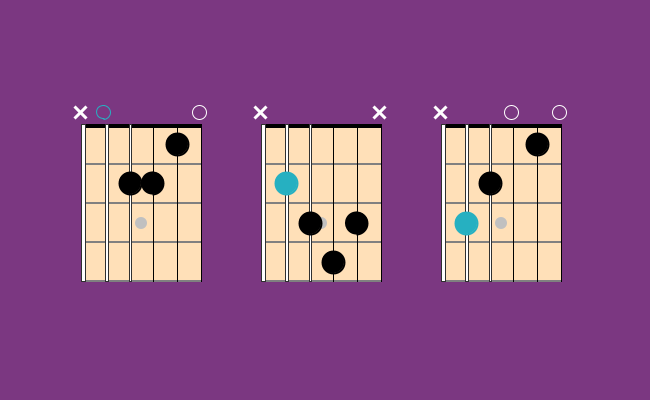 Understanding the music theory behind how chords in a minor key are put together will help you learn songs quicker, and write your own chord progressions.

Songs written in minor keys are created by taking the seven note natural minor scale and building a new chord off each note. We follow the same principle used to build chords from the major scale where we layer notes in intervals of thirds on top of each other.

For every major scale, there is a relative minor scale. This simply means that they share the same set of notes. The only difference between the two is the starting note which acts as the root and tonal centre of the scale.

What this means is, because relative scales have the same notes, they have the same set of diatonic chords built from each note. Makes sense doesn’t it?

Chords In The Key Of A Minor

Here are the chords in the A natural minor scale:

For now, let’s summarize the chords in the key of A minor so you can see this key forms the same chords as its relative C major, only starting on the 6th degree chord:

Pro Tip: Once you know the types of chords found in the A minor key, the rules apply to all minor keys. Just change the starting (root) note. 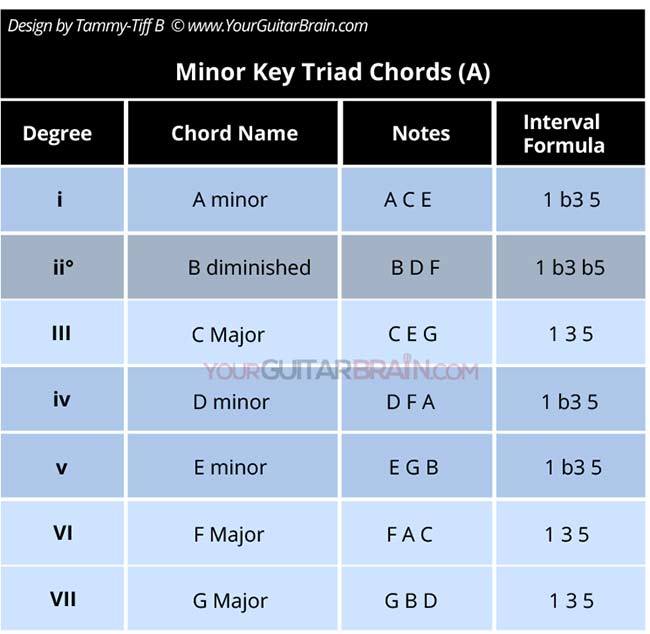 Fig 1.1 - Building chords - how the minor scale notes become the building blocks for creating 7 diatonic chords. Chords in the key of A minor table.

The chords in a minor key are collectively called triads. Triads are three note chords that are created by layering 2 notes on top of a root. Each note is an interval of a third away from the next.

The intervals separating the notes in a major triad are a major third and a minor third. They contain root (1), major 3rd (3) and a perfect fifth (5).

A minor triad is made by layering a minor third on top of a major third, they contain root (1), minor 3rd (b3) and a perfect fifth (5).

Diminished triads are made from two minor thirds and contain a root (1), minor 3rd (b3) and a flat fifth (b5).

Augmented triads are the 4th triad types that the major and minor scales yield. They are made from a root (1), major 3rd (3) and a raised fifth (#5).

Here's a run down of how the 7 chords in the key of A minor are constructed:

The first chord in the key is made by starting on the A root note and layering two thirds. The first third (between notes A-C) is a minor third, the second (between notes C-E) is a major third.

We follow the same third layering idea to make the second chord. You start on the second note along (B) which acts as the chord root, then add a minor third (D) and and another minor third (F). This gives you the B diminished chord.

The chord formula for a diminished triad is 1-b3-b5:

Blank Guitar Chord Charts (Free PDF Diagrams)
Free blank guitar chord chart box PDF sheet download with 6 x variations. Guitar students find love these diagrams because they show...
Read More
11 Guitar Playing Tips From Famous Guitarists You Must Read
Beginner to experienced; this advice from some of the best guitar players ever to live will inspire you to confidently go pick your guitar up...
Read More
No. 1 Beginner Guitar Course: Lesson #1. Should You Learn on Electric or Acoustic Guitar?
Lesson #1. Acoustic or electric guitar; which one is best to learn to play the guitar on? This is up for hot debate, and I'll just give you one clear answer...
Read More
The 5 Best Guitar Amps for Home & Small Gigs (UPDATeD)
Home practice or gigging; If you're looking for a small guitar amp that can pack serious punch at gigs and is also ideal for home use, we've...
Read More