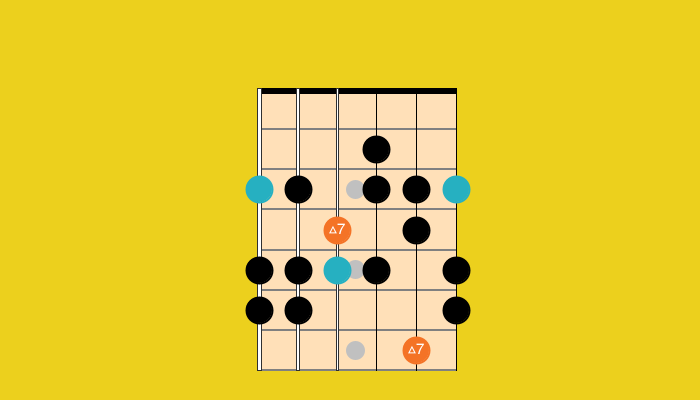 What Is The Harmonic Minor Scale on Guitar?

The harmonic minor scale has a distinctive haunting sound with a spicy Middle-eastern seasoning, thanks to its unique interval structure.

For that reason, it is used in styles such as jazz, Neoclassical, folk, metal, Jewish and Flamenco music. The harmonic minor scale can be used to add spice and interest to your guitar solos and songwriting.

Just like all other musical scales, we use both a scale degree formula and semitone and tone interval formula (half and whole steps) that defines the harmonic minor scale (and thus determines how it sounds):

Here’s the formula shown in whole and half steps:

What Chords Fit Under The Harmonic Minor Scale?

How To Learn The Fretboard Quickly

Useful To Know: The second to last interval distance of a tone and a half is also referred to as either an augmented 2nd, or minor 3rd.

Now you know the scale formula for the harmonic minor scale, you can construct and play it in any key you desire on the guitar neck.

But we don't want to leave you hanging on any longer. Here are are 5 CAGED form scale patterns for the harmonic minor scale.

Our example key is G, and the G root note is highlighted in aqua blue in the fretboard diagrams below. The flat 7th altered scale degree is highlighted in orange which makes it stand out as being the only difference to the natural minor scale. 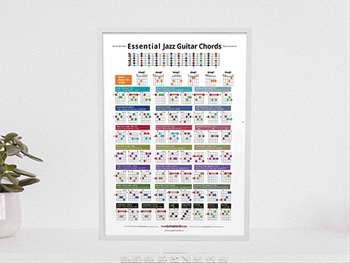 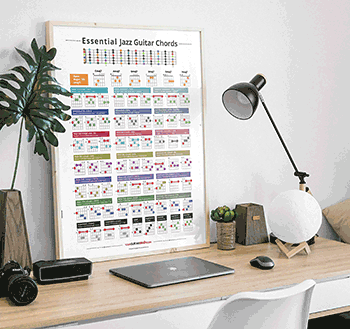