Featuring the ultimate chords in major keys chart - find out what chords are in all 12 keys, and how these chords are built. 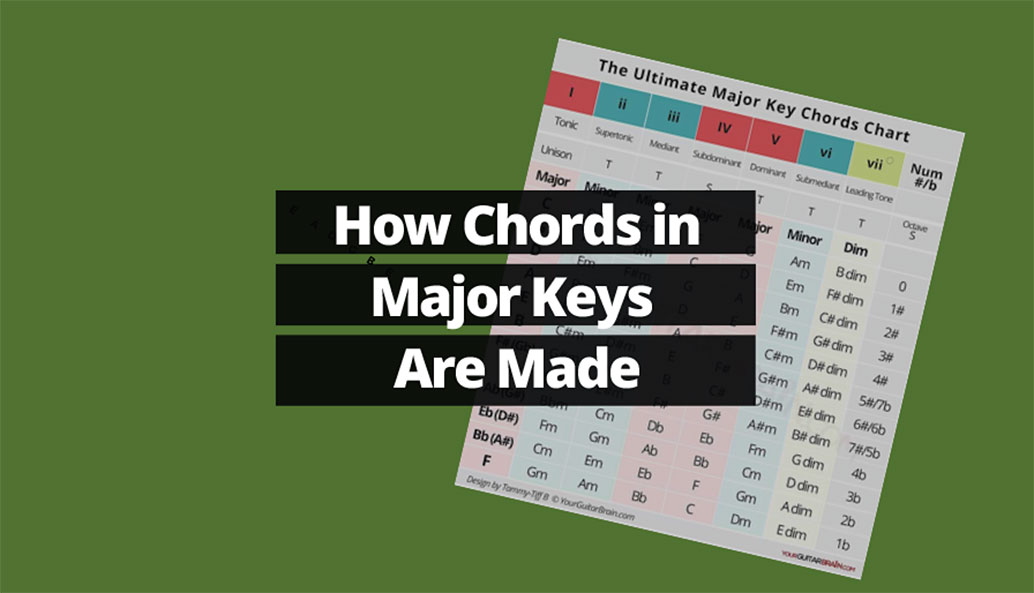 Learning songs you love on the fly, jamming, writing melodies and soloing will eventually become second nature once you know the formulas behind song keys and their respective chords.

Let's get straight to it by getting down to the brass tacks of some basic need-to-know music theory.

Where the chords in major key signatures come from

I'm going to break this down into some quick-fire facts. We don't want to get bogged down with complicated jargon that often seems to come hand in hand with music theory: 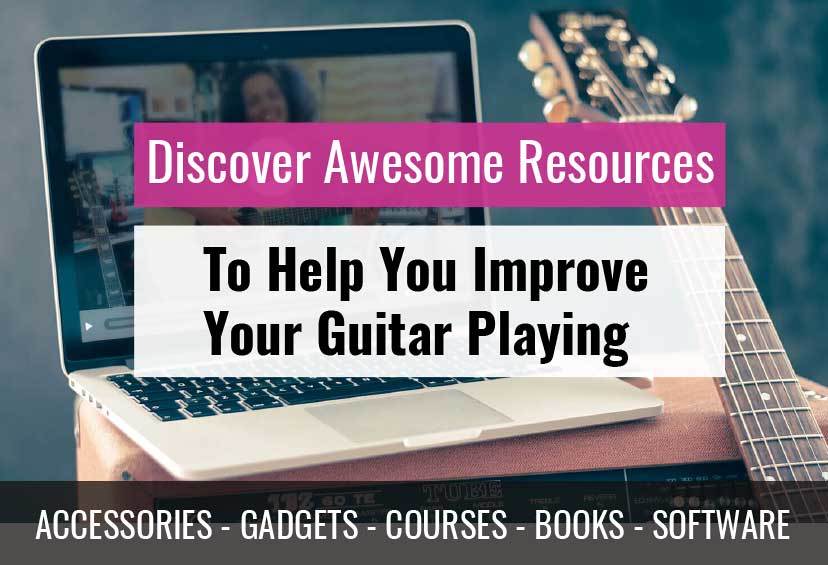 How major, minor and diminished chords are built

So now you've learned the seven chords in a major key are created by  taking each note of the major scale and building a triad from it.

If we take a G major chord - that is the first chord in the key of G major - as an example, you'll see the chord is created by layering the 1st, 3rd and 5th notes from it's parent G major scale together, like so:

The 7 notes of the G Major scale =

Major triads, we now know, are constructed by combining the root, third and fifth note of the major scale. These notes are assembled in thirds.

Minor triads are made from a minor third interval between the root and second note, and a perfect fifth from the root to 3rd note. Let's take a look at the chord that's built from the second degree in the key of G major, which is an A minor chord:

These notes are stacked intervals of 3rds like all the triads are in a major key. The only difference is, unlike a major triad, the first two notes (A-C in our example) aren't a major 3rd apart, but a minor third.

Remember your note interval basics: A-B are a tone (whole step) apart, but B-C are a semitone (half step) apart. So, the distance between the A-C notes is one and a half tones (steps), which equals a minor third interval.

B minor is the chord built from the 3rd note degree of the scale in our example key. It contains the B (root) - D (minor 3rd) - F# (major 3rd from the D and a perfect 5th from the B root).

Pro Tip: An interval of a minor third is also described as being a flattened (or flatted depending on who you're listening to) third. Be it a melody (single notes) or harmony (chords), whenever you see a minor third is involved you know the sound quality will have a sad, dark flavour.

The next chord built from the 4th note degree in the key of G major is a C major chord which comprises of layered thirds: C - E - G

The chord built from the 6th degree is an E minor and contains the notes E - G - B. Here, intervals of a minor 3rd and major 3rd are stacked.

The combination of stacking the minor third and diminished 5th intervals creates a chord that has been described as sounding unhinged, unsettling and even a little wrong.

For this reason, diminished chords aren't common place in popular music, but used correctly as a leading tone, they sound cunningly clever.

Because there are different types of chords within a major (and minor) key, they are labeled in a way to identify their function within a key. Roman numerals are accordingly used to pinpoint the specific scale degree of each chords root note.

It's also common for the sound quality of the chord (if it's major or minor) to be indicated by an uppercase or lowercase Roman numeral like this:

If you see a Roman numeral like this: viiºor this; iiº, a diminished chord is in play. Augmented chords are represented by uppercase Roman numerals with a + sign next to them (for example; V+).

One pattern to fit them all

The brilliant thing about the formulas you've just learned is that they apply to all chords within all keys. That is so amazing to your musical learning journey I'll say it again: the chord and scale formulas are the same for all 12 major keys.

All you need to know are the notes that make up a key, then apply the major key chord formula. You'll instantly be able to play a humongous amount of chord progressions in every major key known to man in the Western music kingdom:

Let's apply this to the key of C major: C - D - E -F -G -A -B. Attach these notes to the major key chord type sequence you've just learned, and you have a set of chords that sound lush together and are begging for you to tinker around with and create oodles of different chord progressions:

If you want to find out what the chords are in every possible major key that sound good together, look no further. The Ultimate Major Key Chords Chart below shows you all you need to know. Use this chart as a handy reference practice and composing guide: 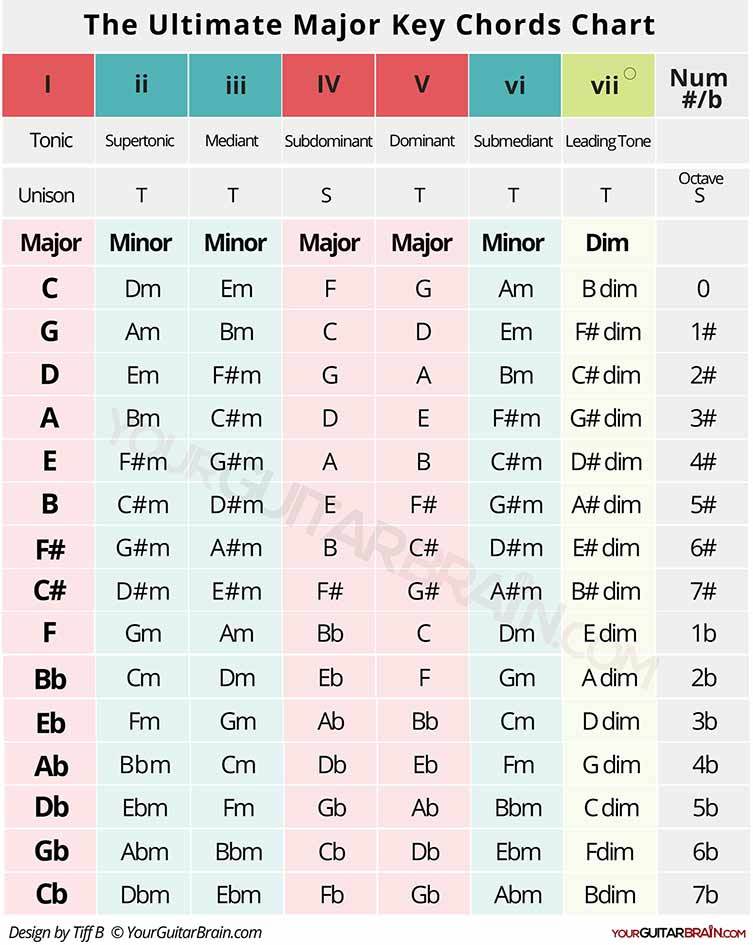 What 'The Ultimate Major Key Chord Chart' shows you:

*The purpose of chord scale degree names is to identify each chords distinctive function within the key relative to the tonic chord. For example, the leading tone (7th degree chord) gives a strong sense of moving towards, and resolving, to the tonic. Tension and resolution is central to tonal harmony. 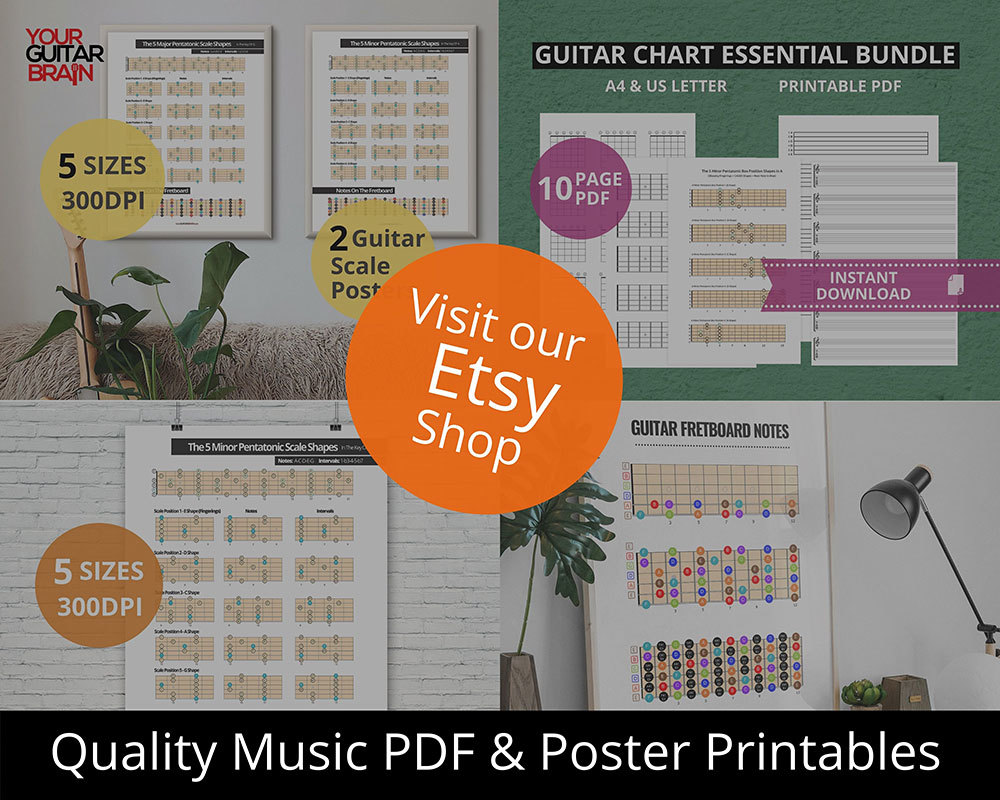 Use the chords in a major key chart to help you: 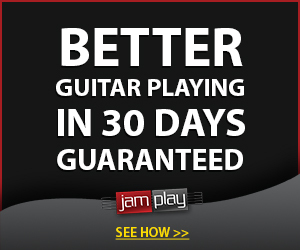 Disclosure: YourGuitarBrain reviews are honest independent advice you can trust. Some links in this post are 'affiliate links' which means if you click on the link and purchase the item, we may receive a small commission (at no extra cost to you) that helps us keep the site running. Thankyou.