I-IV-V: Learn what the three-chord trick is (and how you can use it) that's the backbone of thousands of songs 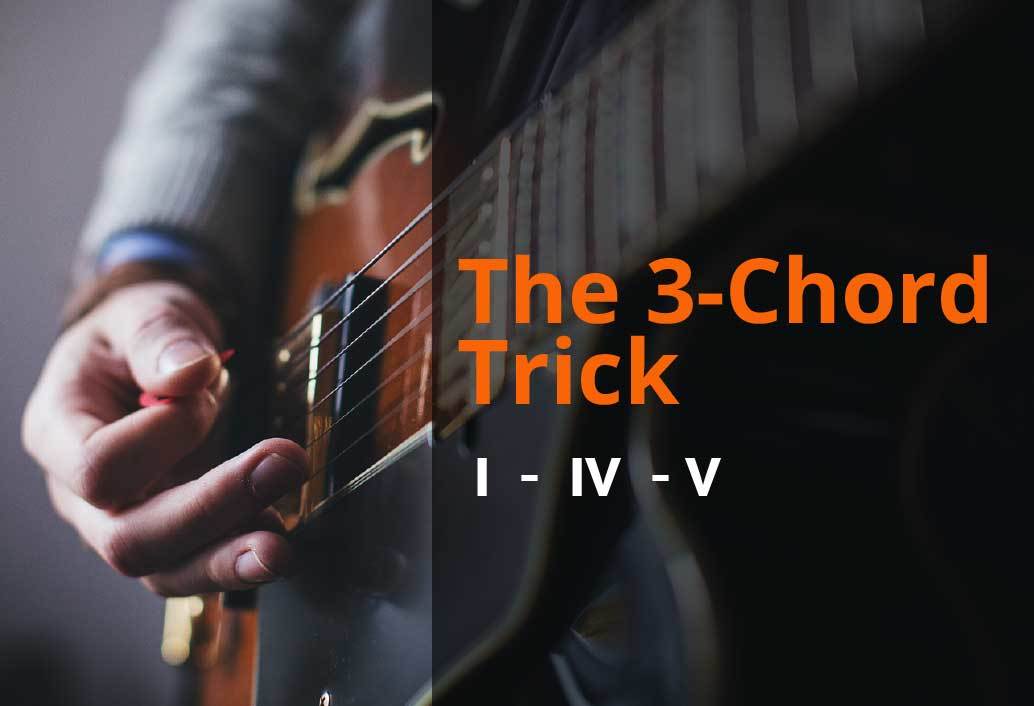 The 'three-chord trick' refers to any piece of music made with just three chords. If you ever hear guitarists talk about the '3-chord trick', the chords in question aren't just any old three chords.

The sequence of chords used in the 3-chord trick is known as the  I-IV-V progression (1-4-5). This famous chord progression is the bread and butter of many genres of music.

Think of the typical 12-bar blues song. This classic blues progression is made from the I-IV-V chords. Regardless of your musical taste, these three chords are the bedrock of music and guitar playing.

You can strum along to rock, blues, country, folk, and R&B songs to your heart's content with just three chords. From 1950's Chuck Berry rock n' roll to Sex Pistols-esque attitude soaked punk.

Where the chords come from in the I - IV - V progression

What the 3 chords used in the three-chord trick have in common is they come from the same key signature. Specifically, they're built on the Major scale's first, fourth, and fifth notes.

In music, groups of notes and chords that sound good together are organised into key signatures. Key signatures can be Major or minor, and the Major scale is where we get most of our chords from in music.

Have a look at the Major scale 1-octave guitar pattern below:

Major scale pattern in the key of G

The Major scale has 7 notes, and each note is a root note from which we can build certain chords. We assign each chord a number determined by the position of its root note in the scale.

We also assign Roman numerals to the chords:

The chords built from the 1st, 4th and 5th notes (aka degrees) of a Major scale key are always Major quality. We also call them the primary Major chords of the key.

For example, the notes in the G Major scale are:

If we assign each note a number:

And their Roman numeral equivalents:

Finally, we turn these notes into chords by layering two more notes with the root and, in the key of G Major; we get the G Major, C Major and D Major chords:

G Major is the first chord (aka tonic), four steps above that is C Major (aka subdominant), and five steps up from the G Major chord, we have D Major (aka dominant).

• Been thinking about a new acoustic? Take a peek at the 10  best cheap acoustic guitars
• Love gadgets? Check out these 15 awesome accessories & gadgets for guitar lovers

Here's another example. In the key of D Major, the I-IV-V chords are D Major, G Major and A Major:

In short, the job of each chord is to get across a particular mood and feeling at any point in a piece of music.

Some chords either pull strongly towards another chord (adding tension), some help move the music along (adding flow), whilst one acts as the tonal ‘home chord’ that your ear longs to return to (giving resolution).

The I - IV - V chords are like best buddies hanging out together; they work brilliantly as a team to convey certain emotions.

I (tonic) = This provides the point of rest in a piece of music. Think of this as the 'home chord'. It creates a sense of stability and calm and is the chord that establishes the key signature.

E.g. The C Major chord in the key of C Major.

IV (subdominant) = The subtle version of the V chord, the IV chord is classed as unstable because, like the V chord, it contains the 4th and 6th degree scale notes. Due to its 'on the fence' sound, it pulls you gently back towards the tonic.

E.g. The F Major chord in the key of C Major.

E.g. The G Major chord in the key of C Major.

Need to know: The V chord can be extended to a dominant 7th chord, adding an even stronger pull back to the I chord. E.g. in the key of C Major, the G Major becomes as Gdom7 (G7).

How knowing the 3-chord trick can help you

Because the 3-chord trick uses the most common chord progressions used in music, it's a powerful trick to have up your sleeve. It can help you if:

For more help with your understanding of chord progressions and the basic need-to-know music theory in general, check out my book, Easy Peasy Guitar Music Theory: For Beginners: 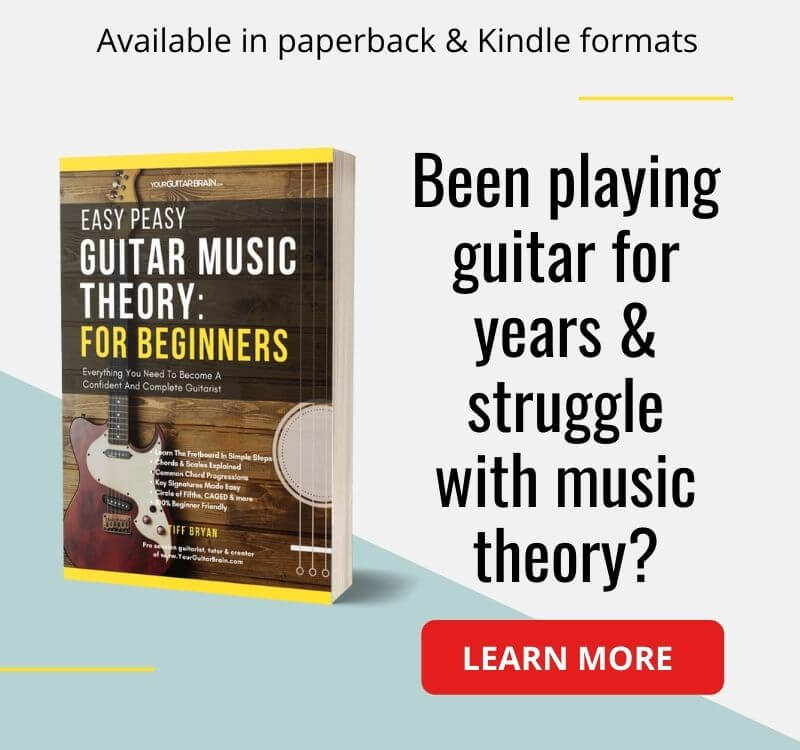 Easy 3-chord songs that use the three-chord trick

Below are examples of popular songs that use the I-IV-V progression throughout the song or on sections, such as the verse or chorus. One or two examples mix it up with the 1-4-5 order.

Previous Post Best Guitar Straps for Acoustic & Electric 2022 (inc. Leather, Cotton…) Next Post How to Play Along to Songs on Guitar (6 Tips That 100% Work)